A quick, healthy, delicious snack that is also appealing to the eye.
What is Quinoa? The name Quinoa means “mother grain” in the Incan language. 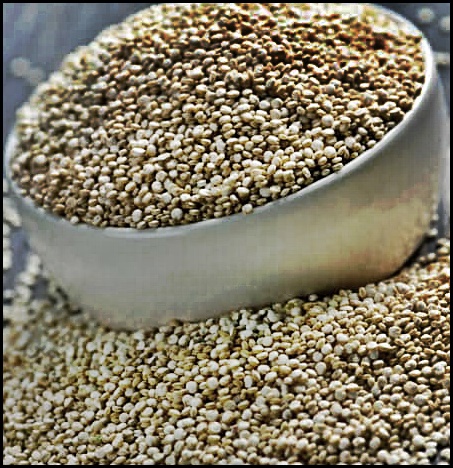 “Quinoa, often described as a “superfood” or a “supergrain,” has become popular among the health conscious, with good reason. Quinoa (pronounced KEEN-wah or ke-NO-ah) is packed with protein, fiber and various vitamins and minerals. It is also gluten-free and is recommended for people who are on a gluten-free diet.

Often used as a substitute for rice, quinoa is commonly considered to be a grain and is usually referred to as such, but it is actually a seed. “The yellowish pods are the seed of a plant called Chenopodium quinoa, native to Peru and related to beets, chard and spinach,” wrote Nicole Spiridakis in a story for NPR. When cooked, quinoa is soft and fluffy, with a slightly nutty taste. It can also be made into flour, flakes and various foods like pasta and bread, according to the Grains and Legumes Nutrition Council.

Quinoa comes from Peru, Bolivia and Chile. It grows in the Andes Mountains, and for millennia it has been a food staple for the native people there.

Recently, the surge in quinoa demand has pushed production beyond South America to more than 70 countries, according to the Food and Agriculture Organization of the United Nations. Today, large-scale quinoa crops grow in China, North America, France and India.”

If you have never tried this grain, you will be surprised on how tasty and versatile it is. Both in sweet or savory dishes, will be a great addition to your kitchen staples. 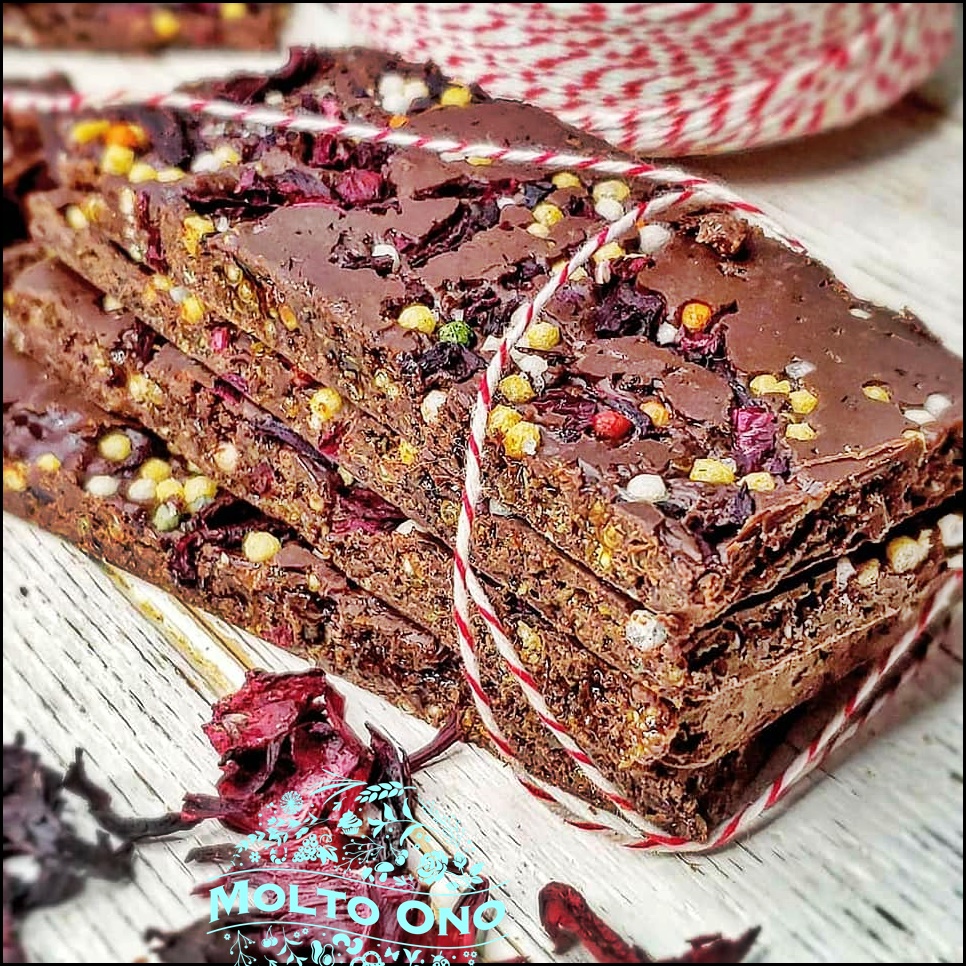 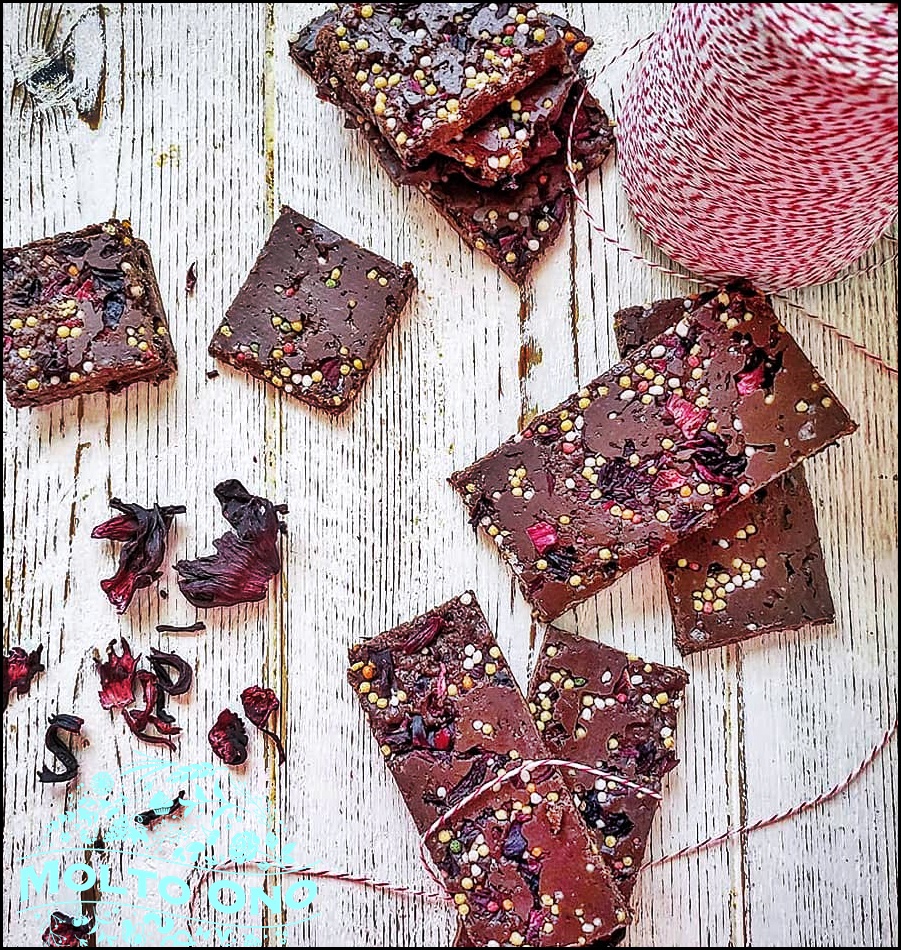 Place the rinsed quinoa in a medium saucepan. Cover with cold water. Bring to a light boil and cook for about 10 minutes, until quinoa si no longer tough.

Drain the cooked quinoa making sure most of the water is released.

Place the grain in a lined baking sheet, and toss with the oil. Bake 30 min while stirring every so often until dry and lightly crisp.

Meanwhile, place the sugar and 2 T water in a deep saucepan. Over medium /low heat, bring the sugar to a boil, let caramelize.

When the sugar has become a dark honey color, return the Quinoa to the pan.

ATTENTION: the steam will be extremely hot and the mix will increase in size.

Stir quickly and pour onto a silicone lined baking sheet.

Place in the freezer to harden. Meanwhile melt the chocolate with the Vanilla OR Cayenne OR Orange flavor ( or more than one) over very low heat.

When the frozen quinoa praline is ready, break it into pieces and pulverize it with a food processor. Reserve a few Tbs for decorating the top (optional).

Spread the warm mix over a silicone lined baking sheet.

With an oiled offset spatula, spread the  bark.

Sprinkle with your favorite flavors AND PRESS LIGHTLY 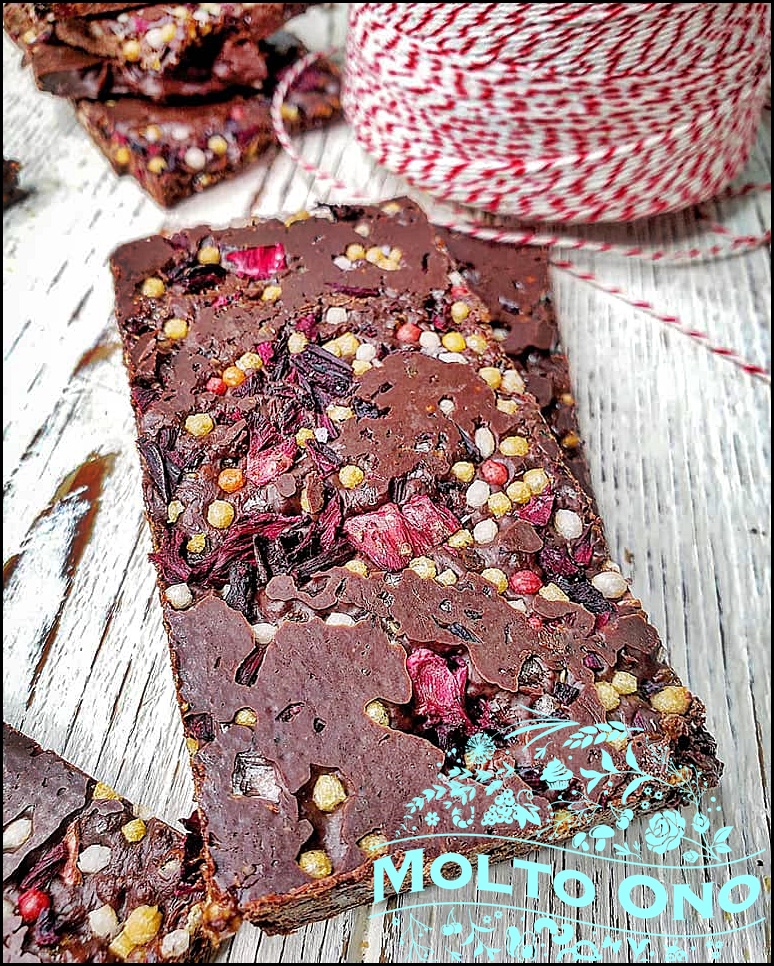 here are some of my suggestions for toppings:

Freeze about 30 minutes.  Bring to room temperature before scoring and cutting in small bars. 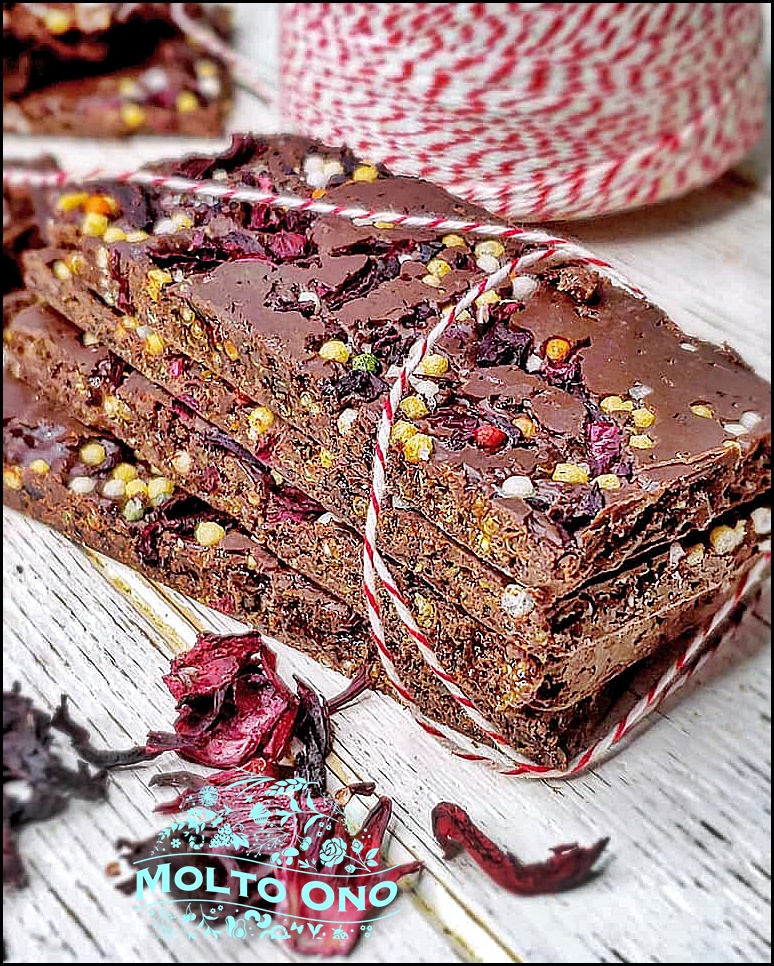