As you all know by now, I grew up in Perugia, Umbria, (Italy) where almost every dessert has a long history. This one is no exception:  San Costanzo was a Bishop, Martyr and Saint who lived around 179AD. As for many of the Christian Saints, his death didn’t come easily.

Upon being convicted to be executed, St. Costanzo was going to be immersed in boiling water. Well, that didn’t work and the Saint came out unscathed from it. The Bishop was then sent back to jail where he managed to convert his keepers to Christianity. The guards in turn helped him escape. His new found freedom didn’t last long: Costanzo was captured again and decapitated which seems to have been the Roman’s standard foolproof execution method when all others failed.

Reminiscent of the flower wreath that was placed on his beheaded body, the Torcolo is round in shape. Also, the dough is slashed 5 times prior to baking to resemble the 5 doors through which one could access the town of Perugia, built on a hill and of which St. Costanzo still is one of the 3 Patrons.

Eventually a namesake church was built for San Costanzo, with a larger than life Icon of the Patron. It is said the unmarried women on Jan 29 (the day the Saint is celebrated in Perugia) would go and pray. Apparently they would stare at the Icon incessantly to see if S. Costanzo would “blink” or wink at them. If he did, the girl (only the girl, never the future groom) would get married within the year. If not…..well….give them THE cake!!!

Traditions are fun and all, but a good slice of soft fruitcake and a cappuccino…….priceless!

Most of the fruitcakes I eat are dry and not much texture-appealing. Since I know better now, for the making of mine I use a Japanese technique. It helps the dough elasticity, moisture retention and spring. 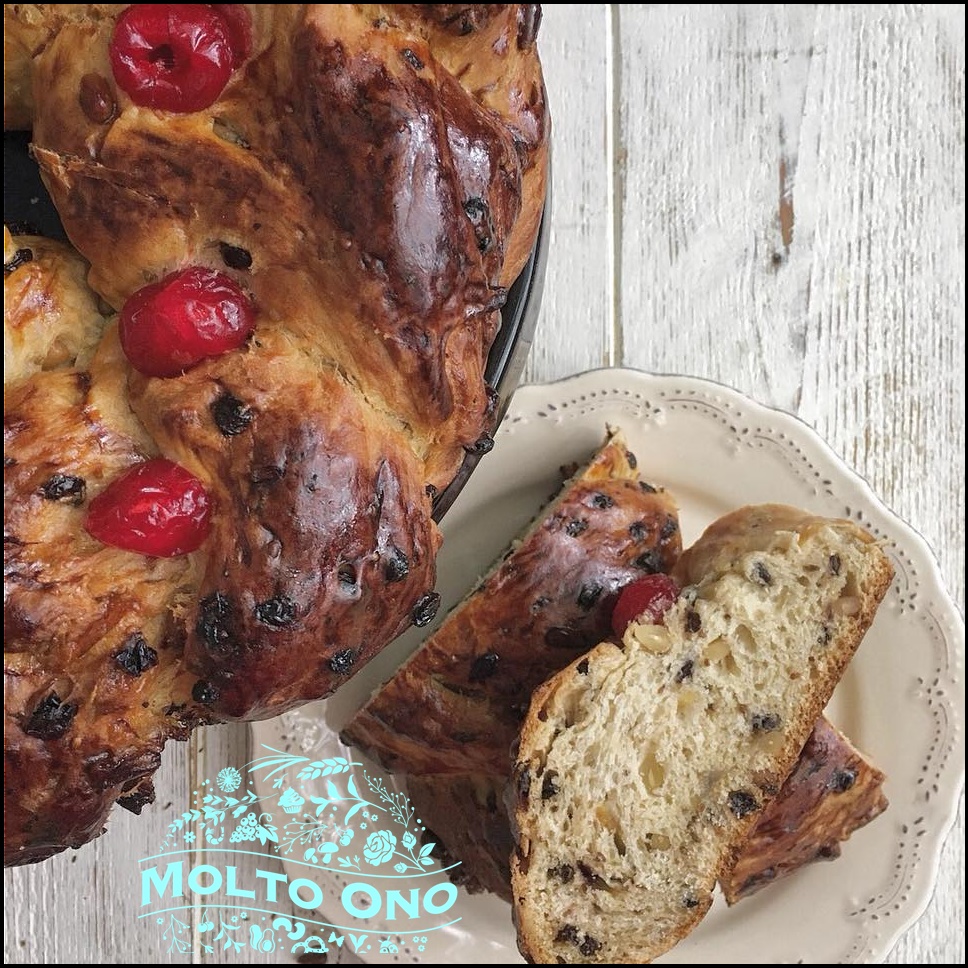 TORCOLO DI SAN COSTANZO  is soft and moist when it comes to fruitcakes.

65 g Pine Nuts plus more optional for sprinkling on top

You can make your own with my recipe here: https://blog.giallozafferano.it/growingupitalian/scorze-di-pompelmo-condite-metodo-veloce/

Prepare the Tangzhong  or water roux(even the night before) by mixing the flour and the liquid and bringing it to 65C or 149F or paste, custard-like consistency. Refrigerate.

Place the yeast, a pinch of the sugar and a bit of warm milk in the bowl of a mixer. When the yeast has activated, add all the remaining ingredients except the fats (butter and shortening and salt).

With the hook attachment mix the dough. When the mass has come together add the fats and make sure they are incorporated before adding the salt. The dough will be shiny and gooey after you mix it for about 8 minutes.

Let it double in volume, covered, away from cold air drafts. Divide it in half and shape each half in a round disk. You might need some more flour but it’s ok. Make sure to dust it off before baking.

Press your thumb in the center and open a hole in each cake, as large as an orange (will close upon baking so make it larger than you think)

Brush with egg yolk and let it rise to double in size again. When the size has increased to about 80%  pre heat the oven to 350F.

Brush the cakes again with egg wash, and make 5 small incisions around the perimeter on each one. Dust with pine nuts, Maraschino cherries or Sugar. 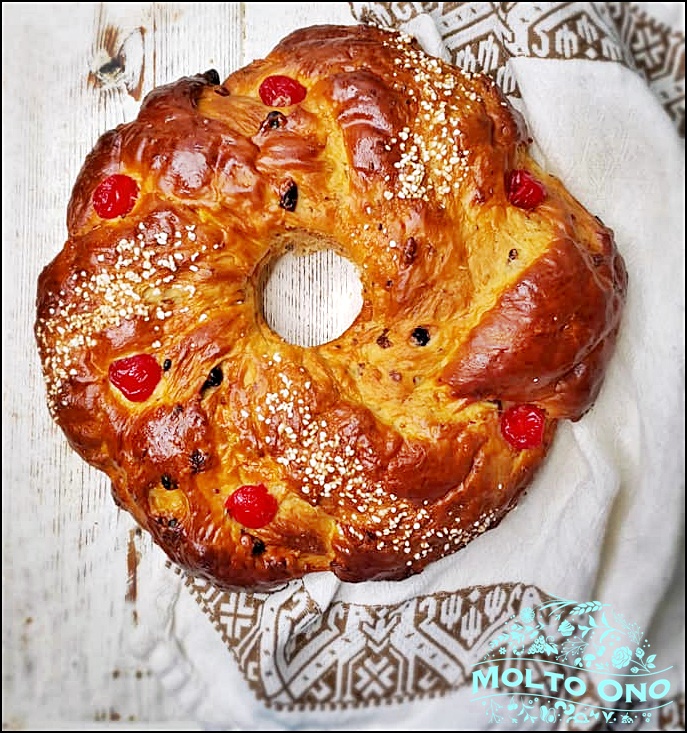 Bake for about 40 min or until deep golden brown .

Enjoy for days. Keeps well in airtight container at room temperature up to 3 day…if you can make it last that long. 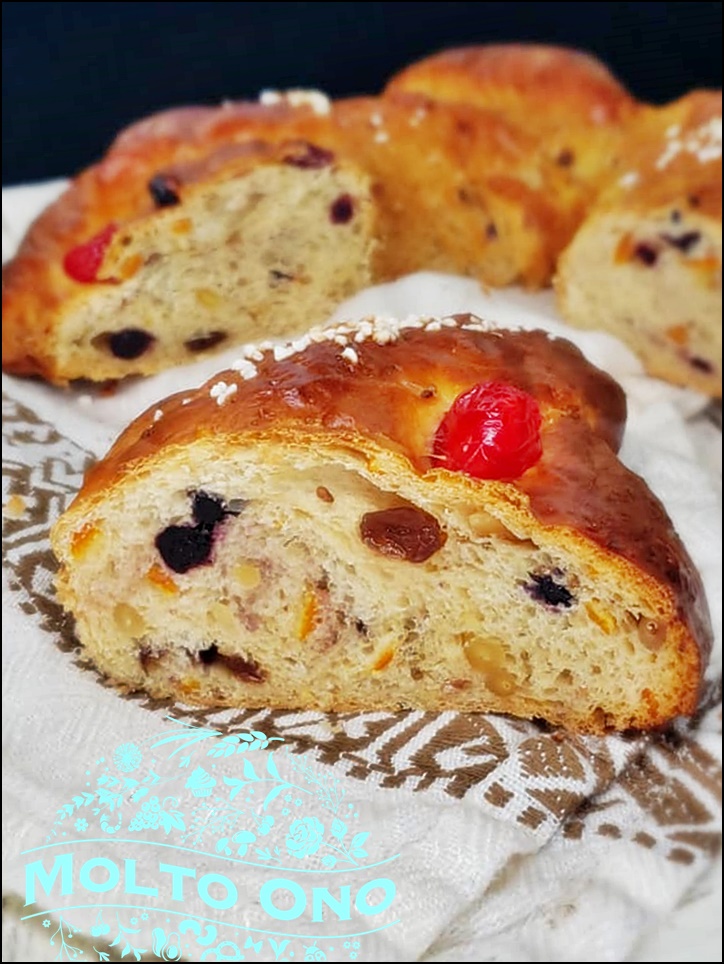 Lightly re heat before eating or toast before dunking in coffee.