Italy is full of historical landmarks and food anecdotes. This on is about one of Italy’s most popular cookies or Biscotti: The Lagaccio.

The story goes that until 1970, where now one can see a soccer field, there used to be a lake. Yes, a lake!
But let’s start from the beginning: around the 1500’s the Italian Prince Andrea Doria has his magnificent villa built on the shores of the Rio San Tommaso, in Liguria, Italy. North West Coast, for the curious ones.
Then, he thought…”what if I could also use this little river as my backyard?”
The Prince asked the government (Republic of Genoa) for permission to use the waters from the river for his gardens and the fountains. The government agreed, and around 1539 the artificial lake was born. It was, of course, connected to the Prince’s gardens by a small aqueduct. The lake was small, about 500 yards long and 100 yards wide. The surrounding areas had no population, so the Prince had no competition using the water from the lake. 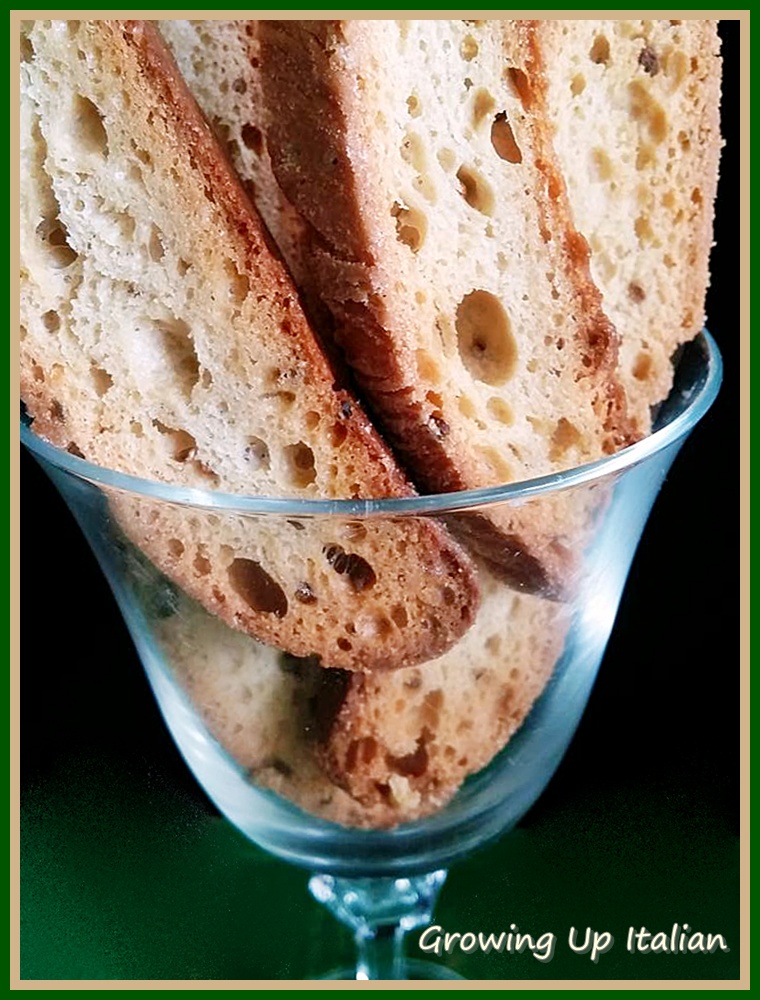 Fast forward 400 years. The lake has very little water flowing in and out. The bottom gets slimy, its water murky. By then people have started inhabiting its shores and since the lake has a sinister look, it gets the nickname of “LAGACCIO” or The BAD LAKE in Italian.
The Lagaccio becomes more and more useless, and dangerous. So, in 1970 the Italian Government decided to let the lake dry out and build a soccer stadium in its place. Italian always have their priorities straight.
However, for as sad as this story is, it also has a positive note. The shores of the lake used to house the best bakery in the area. Such bakery became famous for a specific cookie now known as “Biscotti del Lagaccio”. One of Italy’s favorite. Despite their rough origins.

makes 2 loaves and about 4 dozens 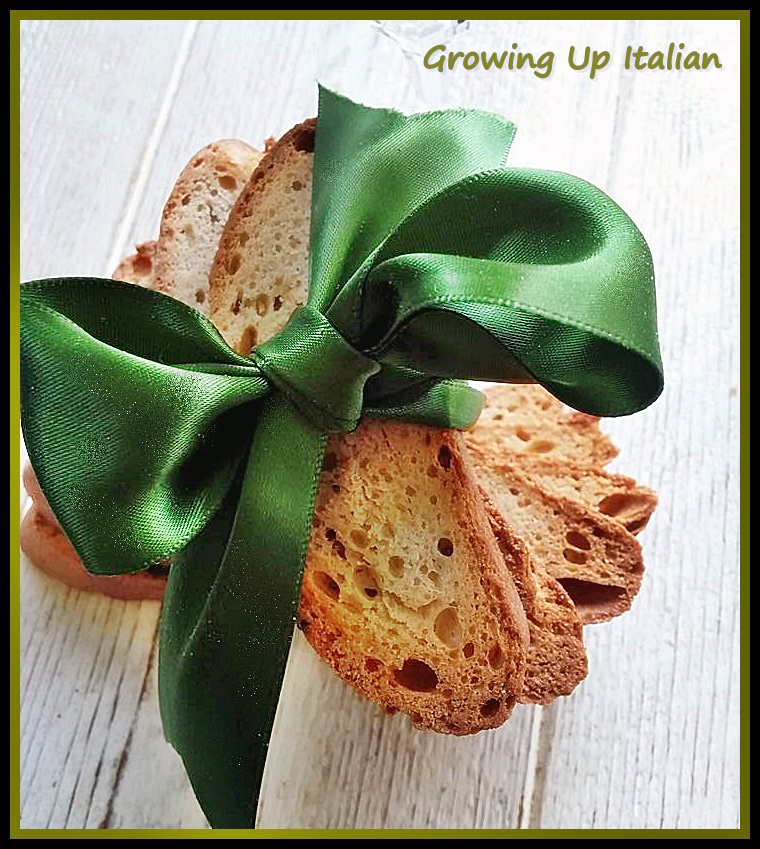 *NOTE: all ingredients should be at room temperature

Melt the sugar in lukewarm water. Add the honey.

Pour the sourdough starter in the bowl of a stand up mixer. Add the flour and the sugar/water blend, alternating. Add the honey.

Start kneading with the dough hook, add the butter, a little bit at a time. After 5 minutes add the salt and the anise seeds. Keep mixing for an additional 5 minutes. The dough will be sticky, but will clear the sides of the bowl and will form a mass around the hook.

Transfer the dough to a bowl and cover with a towel. Let rest for about 1 hour.

Divide the dough in half and form two logs, about 2 inches wide and about 12 inches long.

Spry with water and let rest for about 2 to 3 hours. 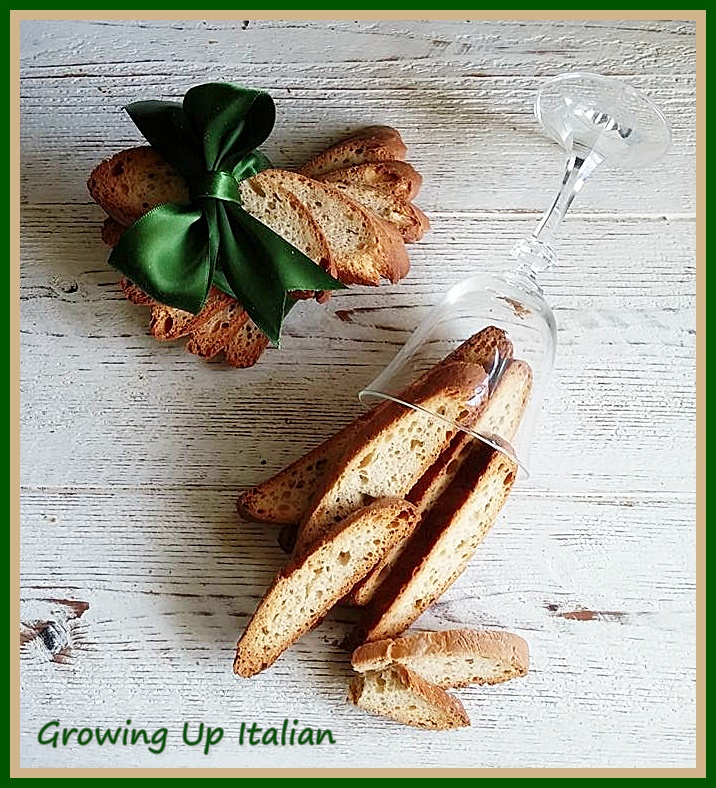 Bake the logs for about 25 to 30 minutes, until golden.

I cut my slices very thin. Toast the cookies at 300F for about 8 minutes per side.

They keep for about 1 week. 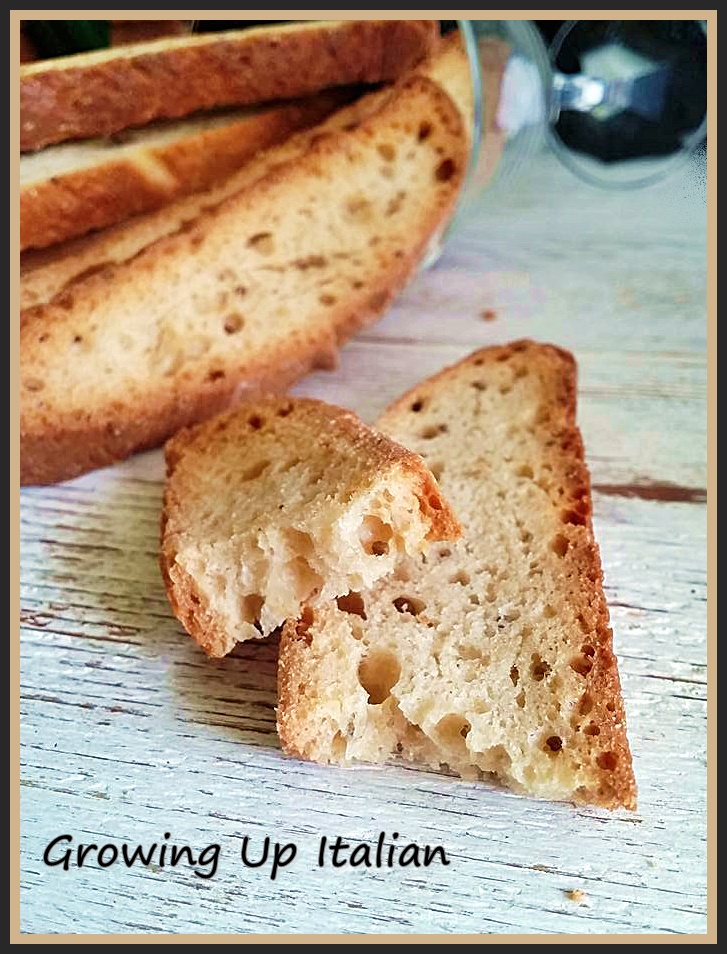